A Suggestion to Help People in Prison

While the main purpose of this website is to help people understand the parole process in Texas and also to educate them about the importance of parole packets, we also try to occasionally offer our insights into life inside prison and what can be done to make it easier on the offenders.

We've mentioned before how a few dollars placed into an inmates commissary account can be a big deal and how uplifting "making store" can be, even if they only get a few soups and a soft drink. The prisons which are actually run by the Texas Department of Criminal Justice, such as the Gurney Unit, usually serves an adequate amount of food although the taste is sometimes horrible and the food almost inedible. However, the prisons run by the "for profit" companies like GEO and CCA offer an amount of food that is minimal and often actually inedible. Reports are often received of a serving of pinto beans that has only three beans and the rest being the congealed liquid which occurs from using too few beans and too much corn starch (apparently) to cut costs.

However, before we get diverted too far, we just wanted to suggest that great gifts to send to someone who is incarcerated are books. Not just the ones we sell here and at RebellionBooks.com (including our great How to Prepare a Texas Parole Packet)  but any books can help someone's mind escape from the daily hell of life on the inside.

Many people who are in prison don't think they like to read and so books aren't an obvious choice but once they get into them you never know what will happen. It may encourage them to continue to better themselves when they are released, perhaps pursue a different career, or complete an education they had abandoned.

The prison system will allow most book publishers to send books directly to a prisoner so it is one of the few gifts that is virtually guaranteed to make it to them.

Just a thought, but to change a life you have to start somewhere.

board of pardons and parole, CCA, GEO, gifts for people in prison, gifts for prisoners, gurney unit, how the parole process works, how to get parole, how to prepare a texas parole packet, inside prison, parole, parole in texas, parole packets, prison life, rebellion books, texas, texas department of criminal justice, texas parole, understand the parole process in Texas, what is it like in prison, what is parole Prison Life Comments are Off

« Understanding the Texas Parole Process E-book is Now Available and Free! (Previous News)
(Next News) Paroling to Another State from Texas » 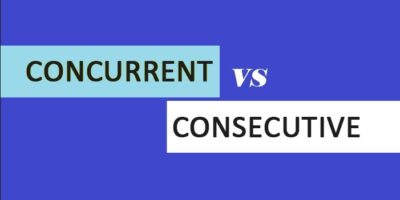